It’s been one week of “engaged bliss” and I’m just now sitting down to type up this exciting story of how my MONOGRAM IS CHANGING and where it all began.

If you know myself or Tyler personally, you know that we were connected by MANY friends early in 2016. At the time, I knew I was opening the store and wasn’t 100% sure I was ready for a relationship or a boyfriend for that matter. We hung out once and I knew this was going to be different. So… here’s the story of how God chose Tyler for me and made me the luckiest girl on the planet!

In January, I went to Jamaica on a mission trip – to help spread God’s love to people living in extreme conditions with little to no water or electric. I found myself during that week. I learned to let go of my plans and trust in God more than I ever had before. I came home knowing that God had a plan far bigger than any I could imagine and was ready to be independent, taking on the world and chasing my dreams. But that Big Guy upstairs…man, he had something way cooler in store for me this year!

Soon after my return, Nicole drug me to her daughter, Carsyn’s, goalie practice… with Tyler. I didn’t realize she didn’t typically go watch Carsyn practice so it most definitely was odd for us to show up and sit down to brainstorm about TSR things in the high school weight room. (Side Note: I still had my braids in from Jamaica and Tyler has since informed me that he thought I was a janitor that night). That was the first time I bumped into him in person and I was pretty taken back by how genuinely nice he was. Crud, maybe I do want to pursue this dude….

A few weeks later, Tyler and I officially met at a (sold out) Turnpike Troubadours concert. I went with my parents, sisters, and cousin and HAPPENED to know that Tyler would be there as well. Morgan, my sister, was my wing woman that night. We casually bumped into Tyler and his friends and the conversation was easy. I knew he was a good guy and one that I would love to date when he traded Morgan spots so that she could see the show better. *be still my heart* That maneuver was the first of many times this year where I’ve seen Tyler’s love & selflessness.

The next few months flew by. We spent as much time together as we could visiting family & friends, talking about my future with The Southern Rose, remodeling and getting the store ready, travelling, and definitely concerting. I truly feel like I blinked and we were here at the end of the year. We’ve joked since the engagement about how we are the modern day eloping – dating for less than a year, engaged, and now getting married in June AND I WOULDN’T CHANGE A THING! But…here’s the thing. I have felt “engaged” to him since our first Jeep ride. I’ve been absolutely enthralled by his stories, the knowledge he has about SO many things, his love for his family, his strength, etc…. the list could go on and on! I’ve been engaged to him for quite some time. I’ll tell you this – God sent me the man I needed when I let go and let Him do the picking for me and I’m forever grateful that I did.

I’ve been asked the actual story on the engagement several times so here it is:

Friday (the 23 rd), Tyler & I had some longtime friends over to hangout. We had so much fun that we didn’t want the night to end. We stayed up until past 2am (which is SO not like us). Before bed, Tyler told me we HAD to get up at 7 AM to open 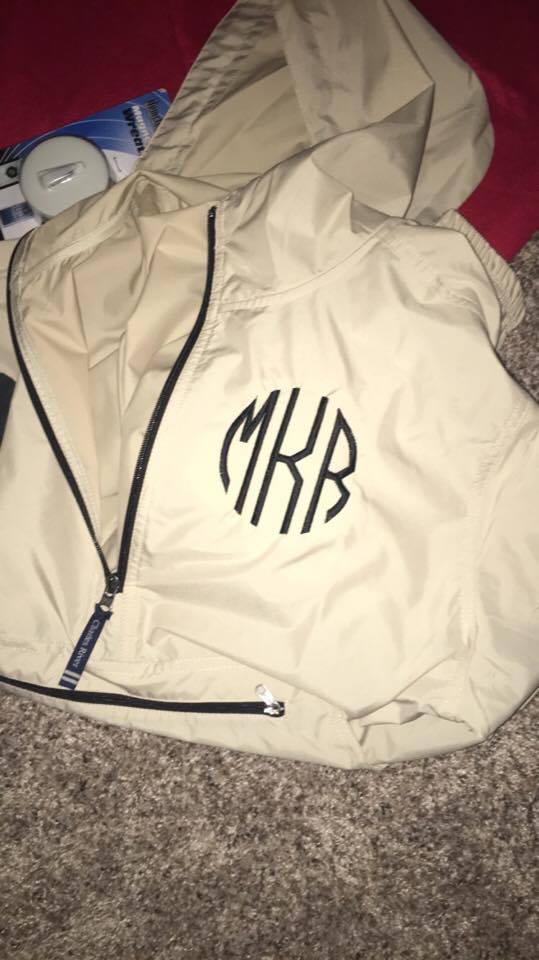 presents since we had to be somewhere at 9AM on Christmas Eve. I was not thrilled about getting up that early when it was my first day off work in nearly a month! Somehow, we both hopped out of bed and made coffee before sitting down to open presents. Tyler opened his remaining two presents before giving me his last present. I opened it and saw the rainjacket I had held back for myself at TSR since before we opened. It took me a second to realize it was monogrammed and I was still sleepy so I didn’t realize for another ten seconds that the monogram had a ‘K’ in the middle and not a ‘B.’ I looked up and Tyler was down on one knee, asking to change my monogram. I’m a crier, y’all and I was so caught off guard that I didn’t even shed a tear. It was so incredibly special because it was just us to enjoy the moment and what it meant for us. The BEST Christmas surprise, EVER!!

2016 has been such a big year  – opening my dream storefront & getting engaged to the most amazing guy I know (he’s in a tie with my Dad & Grandpas). I absolutely cannot wait for 2017 for so many reasons – the first of which is getting that new monogram! HAPPY NEW YEAR, Y’ALL! 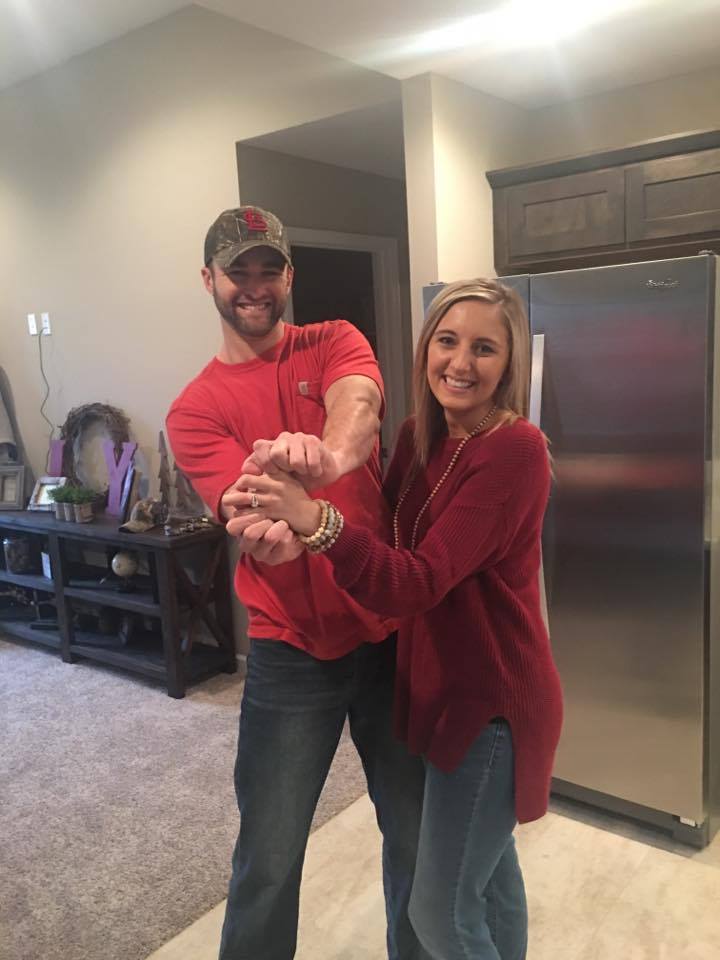